Our current system is designed to keep youth from physical harm, and separation often happens. We now know that children cannot thrive without also healing the grief and loss that come after separation from a caregiver, and that the wellbeing of caregivers has a direct impact on this healing process.

Guiding our work is Alia's theory of change, based on the foundation principles developed using current and emerging research and decades of experience working in child welfare.

Therefore, we believe to improve outcomes for youth and families, emphasis must be placed on stabilizing and attending to the wellbeing of the workforce serving them. 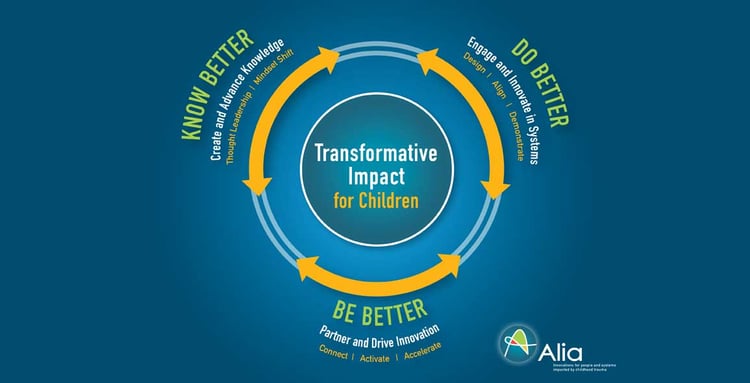 the costs are high

In the United States, over 650,000 children spend time being raised within the child welfare system each year. In addition to the traumatic impact on each of these children, the cost to society is staggering. According to the Center for Disease Control, the United States spends $124 billion dollars a year on the treatment and care of the children in the foster care system (CDC, 2012).

It’s not uncommon for a child who has been in the foster care system for 5-10 years to have 20-50 foster home placements, each placement representing an unsuccessful match. The direct cost for each of these young people ranges from $150,000-$250,000 per year in placement services, not including the costs of courts, social workers, medications, or healthcare.

Despite its price tag, the current system is remarkably ineffective. In 2012, more than 23,000 youth “aged out” of the foster care system without a permanent family. The social costs of the public assistance, incarceration, and lost wages over the lifetime of the young adults who “age out” are estimated to be $8 billion each year (Annie E. Casey Foundation, 2013). Capturing this, in Alia’s work with social impact analysts, Ecotone Anaytics, we learned that foster care as a financial investment on social return loses anywhere between $3.64 and $9.55 per every dollar spent.


The current system was founded to keep children--who had already experienced abuse or neglect--physically safe from danger, with less consideration of children’s needs for psychological and emotional protection. We now know that children who are separated from their families and caregivers suffer from compounded trauma, and without first addressing this grief and loss, children cannot heal. Not only must children be safe, they must also feel safe.

Looking forward, Alia strives to impact the child welfare system on a meta-level so that treating trauma becomes a pervasive and essential component of social work education, child welfare worker training and foster care system practices. Because we know better, we must do better and be better going forward.