Families are the Solution

Decades before Amelia was the CEO of a foster care agency, and before she founded Alia to focus on reforming the child welfare system, she worked in a children’s group home, where she washed dishes, folded laundry, and helped with homework. While spending her time in the group home, she formed deep bonds with many children.  During that time, it became clear that what the children needed was not staff who came in and out of their home every eight hours, but safe families of their own that would allow them to thrive. Amelia listened to the children’s hopes and fears, their desire to have families of their own, and their worry that it would never happen. That primal longing for family always struck a chord for Amelia as she watched children enter the group home, then leave months or years later, usually going to another placement or being discharged from care on their 18th birthday, but rarely going home. Witnessing children’s profound need for love and belonging remained a constant driver of Amelia’s sense of urgency throughout the years she worked in foster care. Amelia’s desire to see children find that sense of belonging drove her and her team to radically innovate in foster care, resulting in dramatically increased permanency outcomes for children.

Although it was amazing to witness the individual impact for children who left foster care to go to a permanent family, this quickly transformed into a desire to help all children thrive within families, preferably their own whenever safely possible. Pushing beyond individual impact, Amelia and her team set their sights on bringing those innovations to a larger scale: to revolutionize the underlying child welfare system. In 2016, Alia—meaning other and different or to be called to a better way—was formed with sights set on transforming all organizations across the country who are entrusted with the welfare and wellbeing of children. 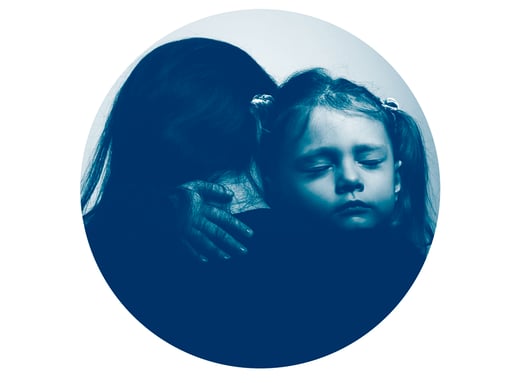 Know Better. Do Better. Be Better.

Alia believes that you must begin with gathering and sharing knowledge and creating a sense of urgency for systemic change. As leaders and practitioners have access to this greater depth of knowledge, a sense of urgency to do better develops. And ultimately, true change will take everyone working together. Child welfare work is often siloed and disconnected, and innovators have not historically had places to come to align their efforts for more collective impact. A key role for Alia is as a national convener for thought leaders, innovators, and experts—bridging those disconnections.

A gathering to reimagine child welfare

In May of 2017, Alia hosted Ten of Ten for Kids, a national convening which brought together child advocates and innovators from throughout the U.S. to reimagine and redesign a new system. A system designed to answer the question:

“What do kids and families need to thrive, and how do we build that?”

The 100+ innovators came together as designers from more than 25 states, most of them strangers to one another but all of them united under a common vision of better futures for children who can’t live safely at home. There were 10 groups of 10 different kinds of innovators.  Many of the innovators experienced child welfare themselves. They included state, county, federal and tribal child welfare leaders; philanthropists; nonprofit leaders; child specialists like pediatricians and psychologists; innovation fellows; people with lived experience in child welfare including foster alum, foster parents, birth parents, and adoptive parents; and innovators from completely outside the field with no experience with child welfare. 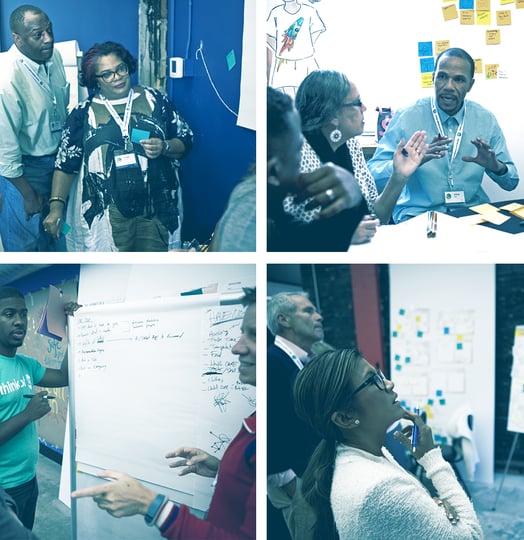 The innovators think of child welfare as needing everyone involved in protecting families—including community members, parents, businesses, and others beyond just the government system.

Ten of Ten’s immersive experience opened the way for human connection, discussion, and solutions. Innovators shared their personal and professional insights on the current child welfare system and worked together to design a new system. Diverse perspectives brought out strong differences of opinions and ideas about how to reach this goal. For example, some innovators disagreed on whether child welfare should focus more on the needs of the child or on the needs of the parents.

Innovators found common ground in the belief that a child’s family and surrounding community are vital to solving the challenges they face. When the Ten of Ten prototypes and feedback were analyzed and coded, common insight emerged around the critical role of family and an urgent need to focus on what the family needs to prevent children from entering the system in the first place. An important pillar of follow-up from the Ten of Ten became:

“How do we engage in a supportive family-driven approach to keeping children safe?” 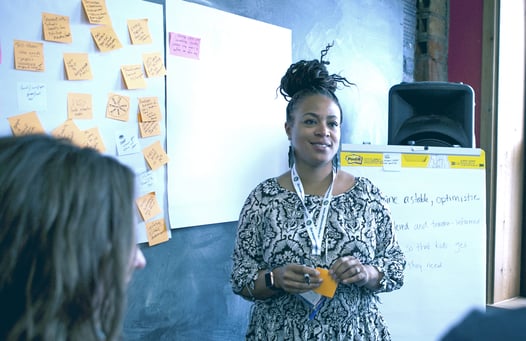 The innovators came up with thirty different prototypes for what steps to take next. On the final day, groups presented their key findings, inspiring one another to think in new ways and apply strategies to the child welfare problems they encounter in their own organizations.

Ten of Ten was convened to design a new system. In the end, innovators surprised even themselves with the idea that designing an entirely new child welfare system would do little to stop the traumatic cycle of removing children from their families.

Instead, the discovery from those three and a half days lives in the realization that there is already a system that works for children, and it is one of the oldest systems of humanity: the family system. Insights confirmed that new solutions need to focus on supporting families and preventing the separation of children from their trusted adults, even if that means defining family more broadly to keep children safe.

Alia coins this insight the “UnSystem,” which shifts imperative focus to the family’s role in raising children. Family as a core value will drive Alia’s innovation work in transforming the child welfare system. It’s this very mindset that aims to make the old system obsolete: a world where trauma doesn’t occur, and children are thriving in safe, permanent, and nurturing families.

The innovators’ common vision to help more children through family-centered programs confirms Amelia’s hunch, felt years ago as a worker in the group home, that families are the key to helping children thrive.

“What happens to us humans in our early lives, whether or not we feel safe and loved, shapes every single relationship we will have and the trajectory of our lives.” — Amelia Franck Meyer 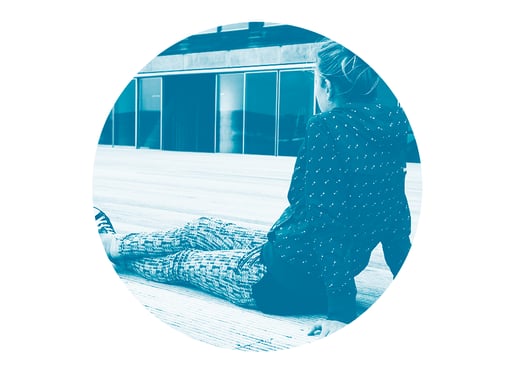 Alia’s unequivocal call to center family as the solution in transforming the child welfare system now also burns bright inside the Ten of Ten national network of 100+ innovators. They are now a network of empowered evangelists for the kind of thinking which leads to supporting families rather than removing children.

Alia’s “what’s next” is clear. A fierce urgency to operationalize this discovery, show demonstrated impact, and then defuse rapid cycle implementation and evaluation across the country to keep more children safely at home, support families instead of dismantling them, and prevent trauma.

Read how the Alia UnSystem Innovation Cohort is radically putting families at the center.