Beyond Mom and Dad 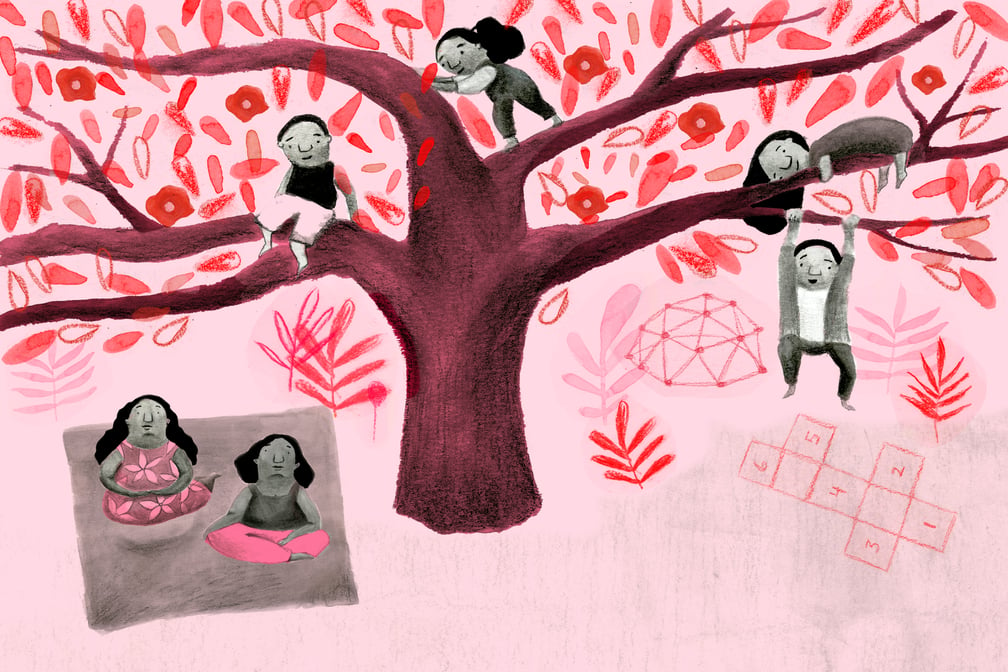 Systems are not designed to raise children—families are. Beyond immediate relatives like parents and siblings, children are connected to a web of people. Families go beyond blood. They’re a safe space, a home and someone you can rely on for life. When you find that person—whether it’s a long lost sister, a neighbor, close family friends or a godparent—you find your family. This is how we best support children. Instead of taking them away from everything they know, we must keep them with the people who ground them in the world.

One evening the doorbell rang while Anna was brushing her teeth before her shift at the Family Dollar. She worked there full time, ringing up customers at the cash register for a minimum wage that covered rent, food and utilities. Her four children sat on the sofa in the living room, watching cartoons and eating snacks with her boyfriend, Sean.

“Can you get that?” Anna called out to Sean. As she heard him move toward the door, she thought how lucky she was to find a man who not only accepted her children, but offered to watch them when she worked. Before meeting Sean, Anna often missed shifts when her kids got sick or when she couldn’t find childcare. She had trouble paying bills and worried constantly about the utility companies shutting off the lights, gas, or water. Since Sean started watching the kids, Anna was able to pay rent on time. Sean cooked them dinner, and even made sure they were in bed by eight.

She rinsed her mouth, finished up in the bathroom and then went to the living room to see who was at the door.

Two adults, a man and a woman, stood in the middle of the living room. They wore dress pants and button-down shirts. One of them surveyed the children, while the other lifted their shirts, one by one, and examined their bodies with a small flashlight. Sean still stood by the front door, holding the knob, as the woman turned to Anna and introduced herself as a social worker from Child Protective Services (CPS). She was there because her son’s teacher noticed a bruise on his neck. The bruise didn’t look like it had happened by accident, the teacher said when she called CPS. It looked like abuse.

It was all over in a matter of minutes. The social workers told Anna’s children to wave goodbye, and then left without allowing the kids to take anything, not even the stuffed animals Anna raced to their bedrooms to get. Anna's youngest burst into tears, while her older children looked back wide-eyed as the social workers led them out the door. The explanation CPS gave sunk in a few minutes after the social workers pulled out of the driveway with her four kids. Anna whirled around to face Sean. “What were they talking about?” she demanded.

Anna wasn’t sure if Sean was telling the truth, but she couldn’t take the chance he was lying. She kicked him out of the house and told him she never wanted to see him again. She felt overwhelmed and alone. For a moment, she debated whether to call CPS and plead her case, but she doubted they would believe she didn’t know about the bruises. Instead, she called Corey, a parent partner with at local community-based care organization. Over the years she had reached out to him for help when she had a hard time making rent or finding affordable child care. He bought her cups of coffee and asked her questions about her life and her kids. Most of all, he knew Anna worked every day to support her family.

After hearing what happened, his first piece of advice surprised her: contact a family member. Asking a relative to move in with her would demonstrate Anna’s commitment to creating a safe and supportive home for her children. Even though Anna’s sister only lived a few hours away, she knew she couldn’t ask Cheyenne for help. The pair hadn’t spoken to each other in four years. Corey encouraged her to try anyway. Anna hesitated. She felt the pit in her stomach burn as she picked up the phone and dialed her sister.

Cheyenne picked up and heard a distraught voice on the other end of the line. Even after years of silence, Cheyenne had to be there for her sister during an emergency like this. The next day she drove three hours to Anna’s house. It didn’t matter that she’d lose a day’s pay. She packed a suitcase with enough clothes for a week, and asked a friend to feed her cat. 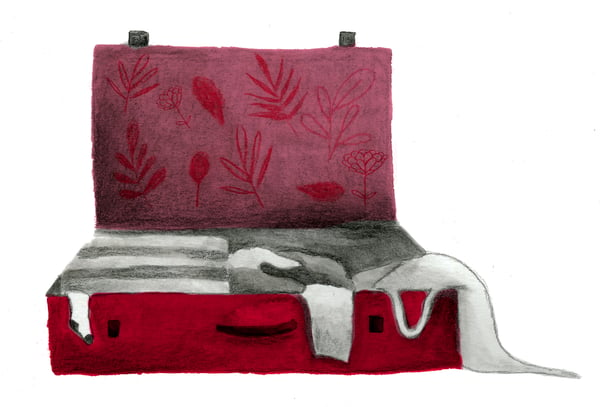 When Anna opened the front door, the sisters hugged uncomfortably. After four years apart, the two women found themselves in a surprising situation: trying to figure out how to rebuild a family together.

“Will you move in with me?” Anna asked her sister.

“I don’t know,” replied Cheyenne. “I need time to think.”

While Cheyenne wanted to offer support, she couldn’t help but feel some resentment at being asked to move her entire life to a new city, for a sister she had barely spoken to in years. What would this mean? How would things change? There was the matter of her apartment, too; moving mid-year meant she would break the lease and lose a hefty deposit. When the conversation shifted to the daily care of the children, Cheyenne wondered whether she had it in her to become a full-time caregiver. She didn’t have children of her own, and wasn’t planning to anytime soon.

They fell silent for a few minutes. Cheyenne thought of her sister and how awful she must have felt knowing her children woke up somewhere else that morning, ate breakfast at a different table, and returned home to someone else’s house after school. 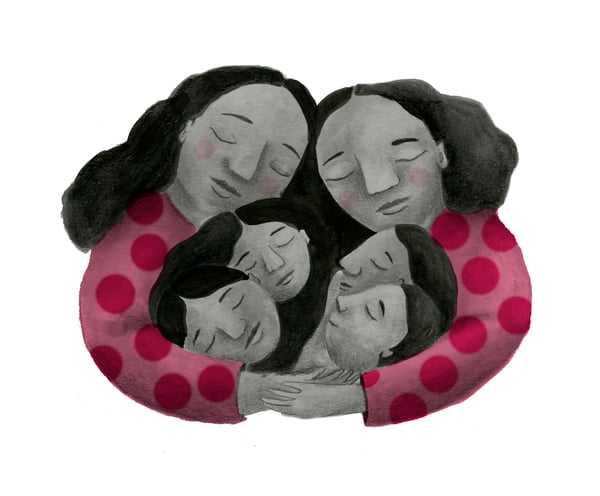 After a six-month separation, CPS agreed to reunite the family. Cheyenne became the children’s custodian and permanent live-in aunt. As kids, Anna and Cheyenne shared a bedroom. Today, the sisters share a house, and take turns signing school papers or driving Anna’s four kids to the doctor. It’s not what either one expected parenthood to look like, but it’s the right kind of family that works for them.