When David put his head down on his desk instead of taking out his lunch box to go eat with rest of the class, Ms. Lewis asked him if he felt ill.

“No,” mumbled David. But he didn’t move.

While the other students ate lunch in the cafeteria, Ms. Lewis coaxed David to tell her what was wrong. She noticed he lacked focus the last few days. He was quieter, too. He didn’t raise his hand to answer questions in class like usual, and sat down during recess.“I don’t have a lunch today,” David whispered.

Ever since his baby sister was born three weeks ago, there hadn’t been a lot of food in his house. Both his mom and dad stayed home from work to care for the new baby. They wanted to spend of few weeks bonding with their new daughter before she had to go to daycare. But with no paid time off or parental leave at their hourly jobs, this meant the parents didn’t have enough money to buy groceries. Each evening they asked David to hold on just a little while longer.

Sometimes CPS separates family members when a caregiver struggles to make sure a child has food, clothes or running utilities. The child welfare system often punishes parents in these situations by removing their children, leading to lifelong consequences that affect the emotional wellbeing of all family members involved. Instead of a penalizing parents, what if we viewed these moments as opportunities to invest in families and connect them with the resources they need to stay together? After all, isn’t love and belonging the most basic need we have?

After hearing David’s story, the school contacted CPS. But instead of judgment, the family was met with something else. That evening, while David was playing with his dad and his mom fed the baby, Serena from CPS arrived at their home. She worked for Family Assessment Response (FAR), a new program Washington state rolled out in its cities between 2014 and 2016 to support families just barely scraping by. David’s parents, Victor and Katrina, didn’t know about FAR when Serena knocked. The social worker could see the familiar look of apprehension on their faces as she walked into the living room. She knew the feeling—she experienced it herself years before when CPS investigated her. 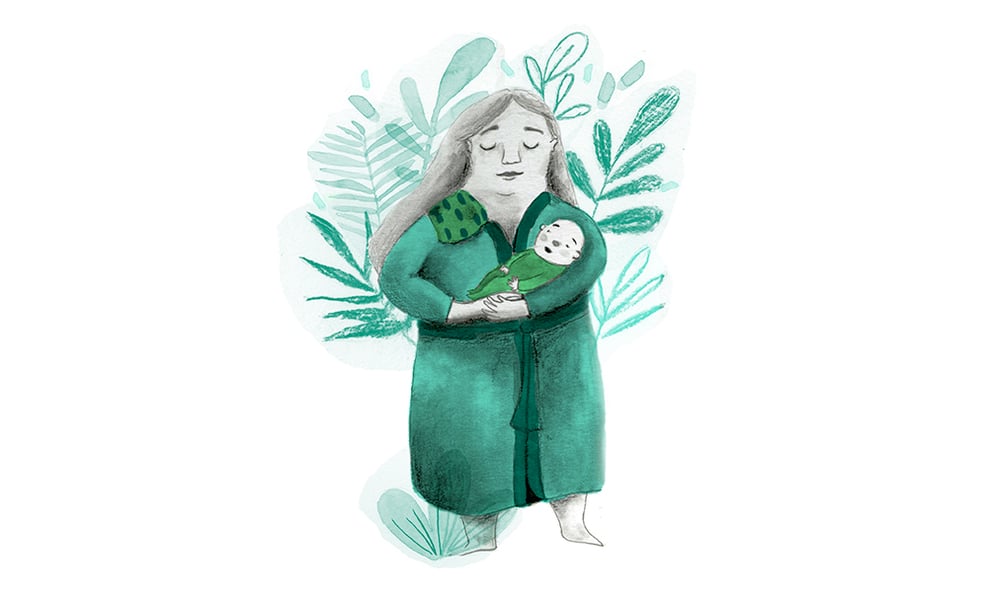 In her mid 20s, Serena gave birth to a baby boy addicted to meth. The new mom didn’t even get to hold her son until hospital social workers came into the delivery room. Serena got to spend the first night with her baby, but then CPS took her son the next day and placed him in the nursery. Serena left the hospital alone and spent months working to stabilize her life. She saw her son twice a week for a couple hours. That was all CPS allowed. Eight months later Serena got her baby back, but the trauma of that early separation stayed with her.

Standing in the living room, Serena told Victor and Katrina that she was here to make their family stronger—not to take David and their new baby away. “What can I do for you?” she asked.

“We need help with groceries,” Victor said skeptically, unsure if sharing the family’s struggles would make CPS think he and Katrina couldn’t care for their kids. But Serena seemed sincere, so they continued.

“We took time away from work,” said Katrina, who holds down an hourly job. “We don’t have family leave, but we wanted to be together these first few weeks to let the baby get to know us before she goes to daycare and we go back to work.”

Serena made a list of ways to help their family: buy groceries, pay utility bills, help with rent, find clothes for the baby. She reached out to people at the local church and community center who promised to gather things for the family by the following day. As she made the phone calls, Serena remembered the neighbor who watched her son while she attended college classes and worked part-time. She thought of the landlord who forgave her for being a few days late on rent. Without that help, she could have lost her son a second time for the same kind circumstances Victor and Katrina now faced.

The next day Serena arrived at David’s home to make sure the family received the bags of groceries the church down the street promised to deliver weekly. She found Victor and Katrina having lunch at the kitchen table with their children. Over the next few weeks as the family adjusted to life with a newborn, Serena helped Victor and Katrina collect money for bills like electricity, heat, and water. Oftentimes, the best way to protect children is to safeguard the relationships most sacred to them. By finding ways to help parents meet kids’ physical needs like food or clothes, people like Serena can help caregivers defend children’s greatest need of all: family.